Tel-Aviv: How to be Superman/Wonder Woman? 8 types of innovation managers in organizations 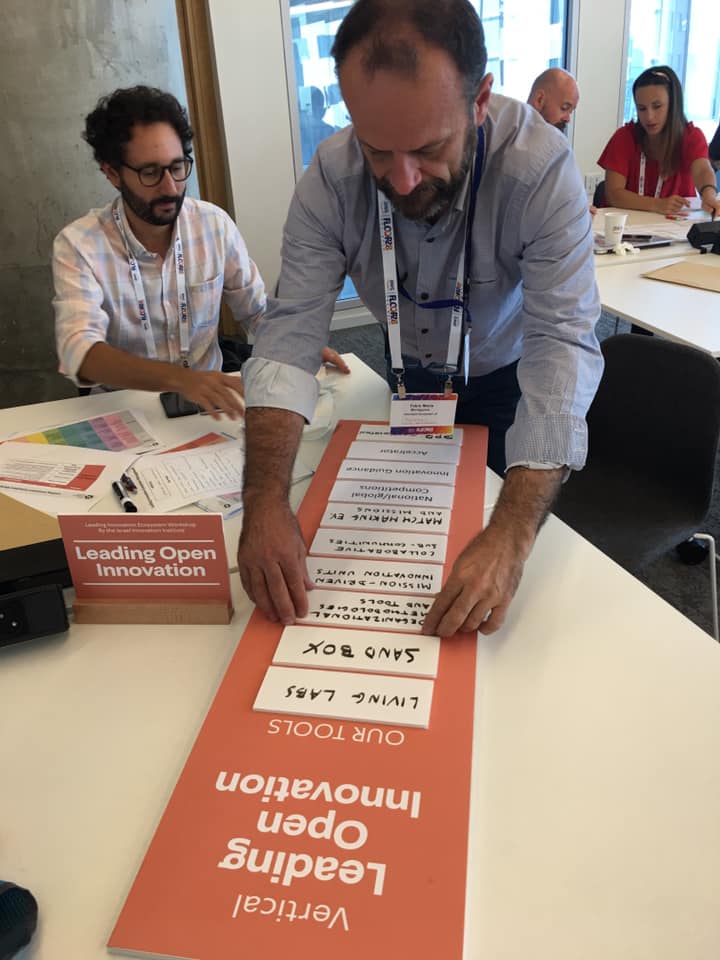 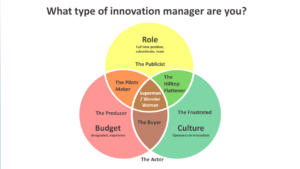 At the end of Amazon’s Catalyst Meetup Panel in September 2019, we presented a model showing 8 typical innovation managers we have encountered in organizations over the years (allegedly). We analyzed them according to 3 primary dimensions: role, culture, and budget.

These aren’t definitions that can be encompassed with a yes or no response; they’re on a scale. It’s interesting and valuable to examine how strong each of these three variables is in your organization, and what type of innovation manager the cross-dimensions create: or in other words, what you can expect to experience in this role in the near future.

The publicists (role definition only) – The innovation manager has a clearly defined role, and sometimes a strong supporting team, but there’s no openness or willingness in the organization to introduce innovation, and no designated budget for it. We’ll probably hear a lot of noise about innovation and any number of declarations, followed by very little action.

The producers (budget only) – If the only thing you’ve got as the innovation manager is a budget, even if it’s humongous, it’ll probably go to producing some kind of event. My guess is it’ll end up as a hackathon or some similar type of innovation related event which goes nowhere the day after. The producer type is different from the publicist type in that the former doesn’t talk a whole lot about innovation and instead gets down and dirty, gets things done. But without someone who knows how to take the reins the next day and continue, the budget produces an internal or external event, and that’s it.

The hilltop flatteners  (culture + role) – This is a designated group of innovation managers who’ve got a clear role definition, a designated team, and the organization’s really open to innovation, but there’s no designated budget. Hilltop flatteners will move mountains and turn worlds upside down, will make it possible for innovation to enter at no cost, will successfully shift significant changes in the organization, but none of that can be duplicated nor does it have continuity over the long term.

The pilots makers (role + budget) – If you’ve ever come across one of these, you’re in decent shape. They’ve got a role, a designated team, and a fantastic budget. There’s just one small problem: the organization hates innovation. The pilots makers lead tons of processes, they’ve got budgets to run pilots, but that’s where it stops: predominantly at the stage of pilots, without moving forward to integration.

The buyers (culture + budget) – They’re lucky, in that they’ve got a culture that’s open to innovation, and a really great budget, but no designated manager, and the organization is stuck on the idea that innovation means changing the definition of acquisitions. Let’s define the technology we want, and because there’s a budget, let’s look at the acquisition options, define them, examine offers, and make our purchase. There’s no internal or external process, and the knowledge inside and outside the organization doesn’t matter to organizational processes. Innovation for them is a shelf product which offers a new solution.

The actors (no culture, no role, no budget) – These people are actors in the theater of innovation. They speak of innovation, but it’s not entirely clear what their talk is based on. There’s no structured or orderly process. There’s no mama and papa for innovation, and external technology companies primarily feel incredibly frustrated when working with them.

The supermen/wonder women (culture + budget + role) – These are the big stars in the field. They’re blessed: a clear role definition, a team and an extensive budget. And the whole organization is thirsting for the next set of moves. We want to see more of those types, and we want to help you all become those types.

The bottom line question is: how can we all help each other to advance towards that center position where the superheroes are? Warsaw: Ideation Canvas – How can we solve the next big challenge?

We built a new tool at buildinn to assist in solving challenges. It’s the Ideation Canvas, and it connects 4 different tools, letting us in real time and really fast come up with over 40 solutions for the same challenge. Best of all, it lets us quickly examine which solution provides the maximum value. The ability to accept feedback from others, the connection to global challenges, and the ability to dream and dare.

Brussels: The 12 buildinn blocks of innovation

what kind of innovation do you do? All about our 12 buildinn blocks methodology – 3 types of innovation, 4 formats, and 12 possible innovation blocks. moreover, a short answer to the question: “who will lead it?” 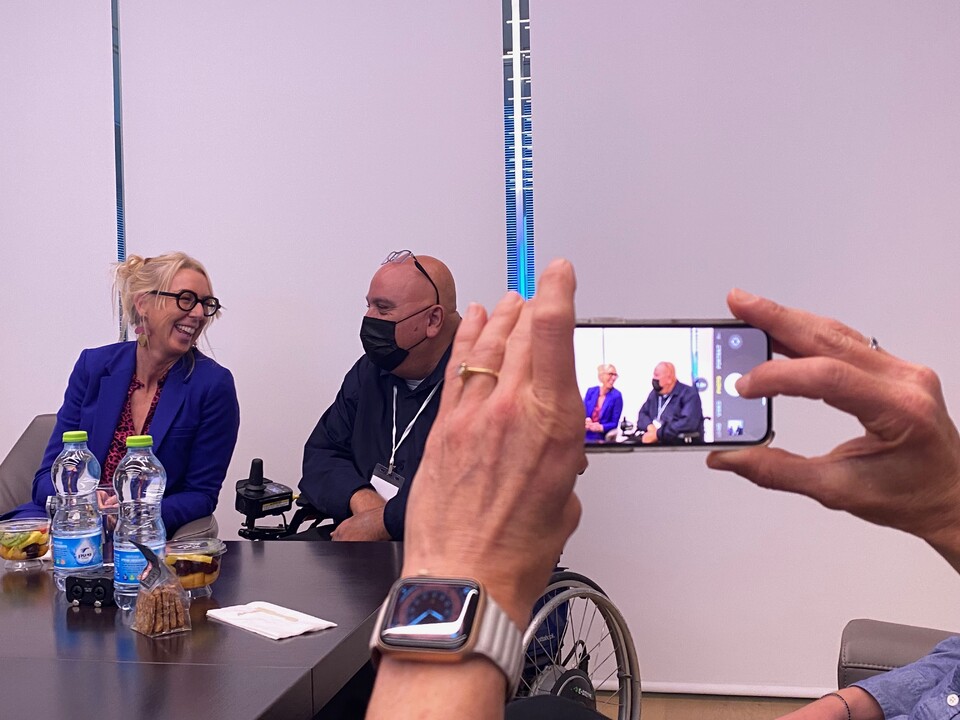 Do you find your corporate accessibility boring or valuable? 7 ways to check

A set of seven thoughts about the true meaning of valuable organizations, and the connections between innovation, accessibility, and sustainability. What is the true value of your accessibility activities?

and build
your next
Big thing

Need more information about what we do
or how we do it?
Fill out the form and we will get back to you soon.